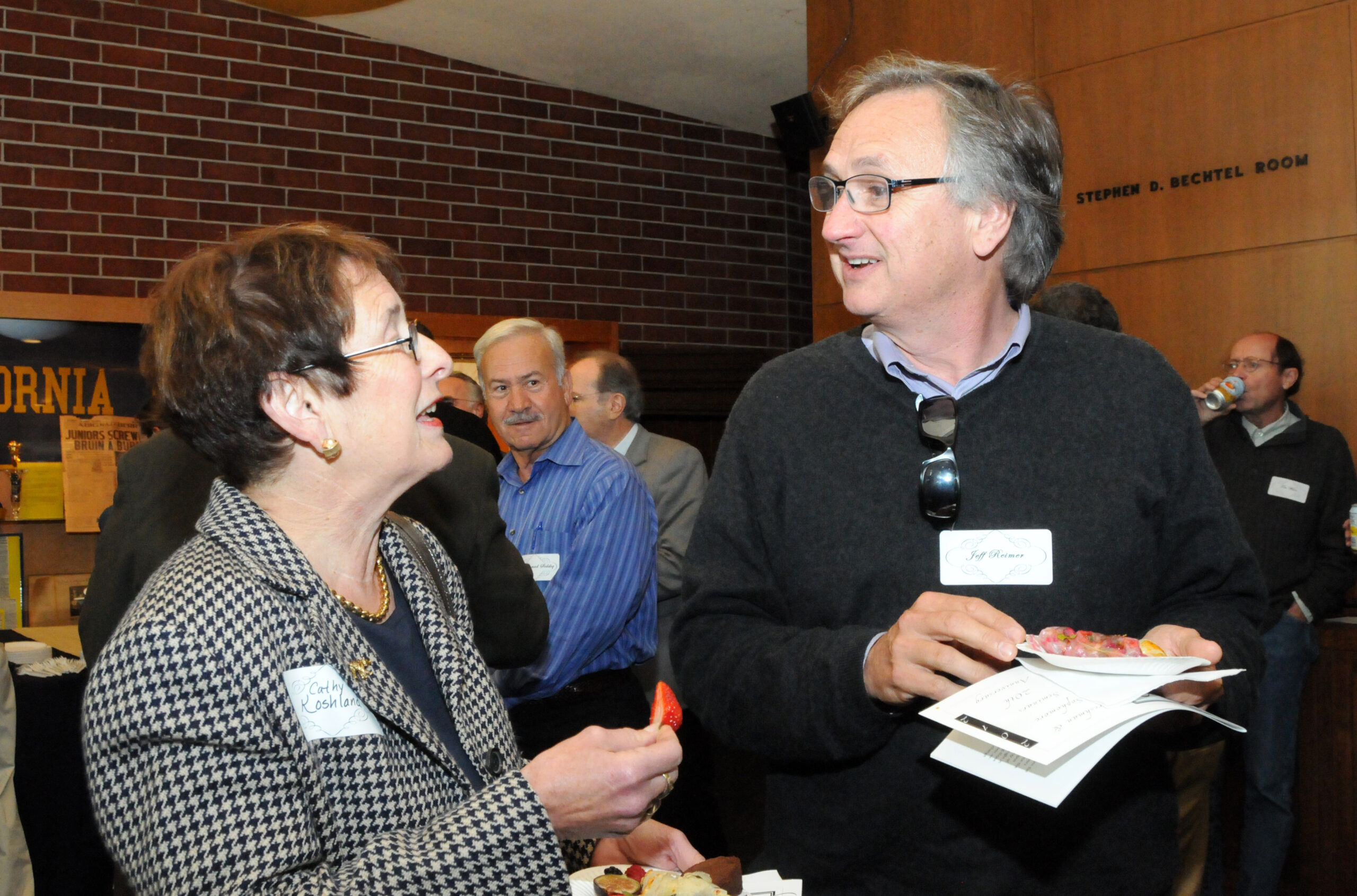 All members of the faculty are invited to celebrate the twentieth anniversary of the Freshman and Sophomore Seminars: the reception and awards ceremony (featuring the premiere of a new short video about the program) will take place on Monday, October 22, 2012, from 4:00-6:00 in the Alumni House Toll Room.

This campus-wide program has a remarkable history that few are aware of. In March 1992, the Council on Undergraduate Education hit on a plan to ensure that new undergraduates would enjoy direct intellectual contact with the faculty upon whose shoulders UC Berkeley’s reputation rests. To balance out the experience in the large lecture halls, this body decided to create a program of small, interactive, one-unit courses to be offered by faculty in every department on campus, even the Professional Schools, whose faculty in those days were very unlikely to ever meet an undergraduate.

Chancellor Chang-Lin Tien and The Vice Chancellor John Heilbron, along with Special Assistant Arnie Leiman (who was charged with implementing the new program), met with all department chairs that month to announce the program, and to inform them that they would soon receive a letter indicating the initial “quotas” set for their respective departments. If every department had met its assigned quota, there would have been two hundred seminars that first year, 1992-93. However, the administration cautiously under-estimated the degree of compliance, to the extent that the program’s working title was the “Hundred Seminars Program.” When the departments responded with unexpected enthusiasm, resulting in 184 seminars that first year, it became clear that the idea resonated with faculty across the campus. The Freshman Seminar Program was born.

It soon became clear that students were just as enthusiastic about the program as the faculty were: no matter how many seminars were offered each year, they all filled up quickly. Freshman Seminars offered an environment of learning for its own sake: professors were not required to teach them and students were not required to take them, so all parties met in the classroom motivated by mutual interest in the topics. The seminars welcomed and continue to welcome our newest students into the intellectual community, putting a face on the faculty, giving students an opportunity to practice speaking and participating in a university classroom, and providing a low-risk way to explore a perhaps unfamiliar field.

In July of 1992, we received some good news to indicate that the seminars were equally popular in the California legislature: Assembly Bill 3319, which sought to increase the course load of tenured faculty, had died in committee, and this victory was attributed to the copies of the Freshman Seminar Program’s first brochure that were presented to the members of the Senate Education Committee as evidence of our faculty’s efforts to enhance undergraduate education.

To this day, the program continues to offer approximately two hundred seminars, enrolling a total of approximately three thousand students, each year. Over seven hundred different Senate faculty members have participated over the last twenty years. At Monday’s event, some of these will be honored for having taught ten or more (in some cases as many as twenty or even thirty) seminars. Since 1998 the program has offered a research grant (currently $3000) to Senate faculty members who teach a seminar as an overload. Faculty members often report that they teach their first seminar for the grant, but they come back to the program over and over again because it’s so pleasurable to teach a topic of their own choosing to young, avid students. 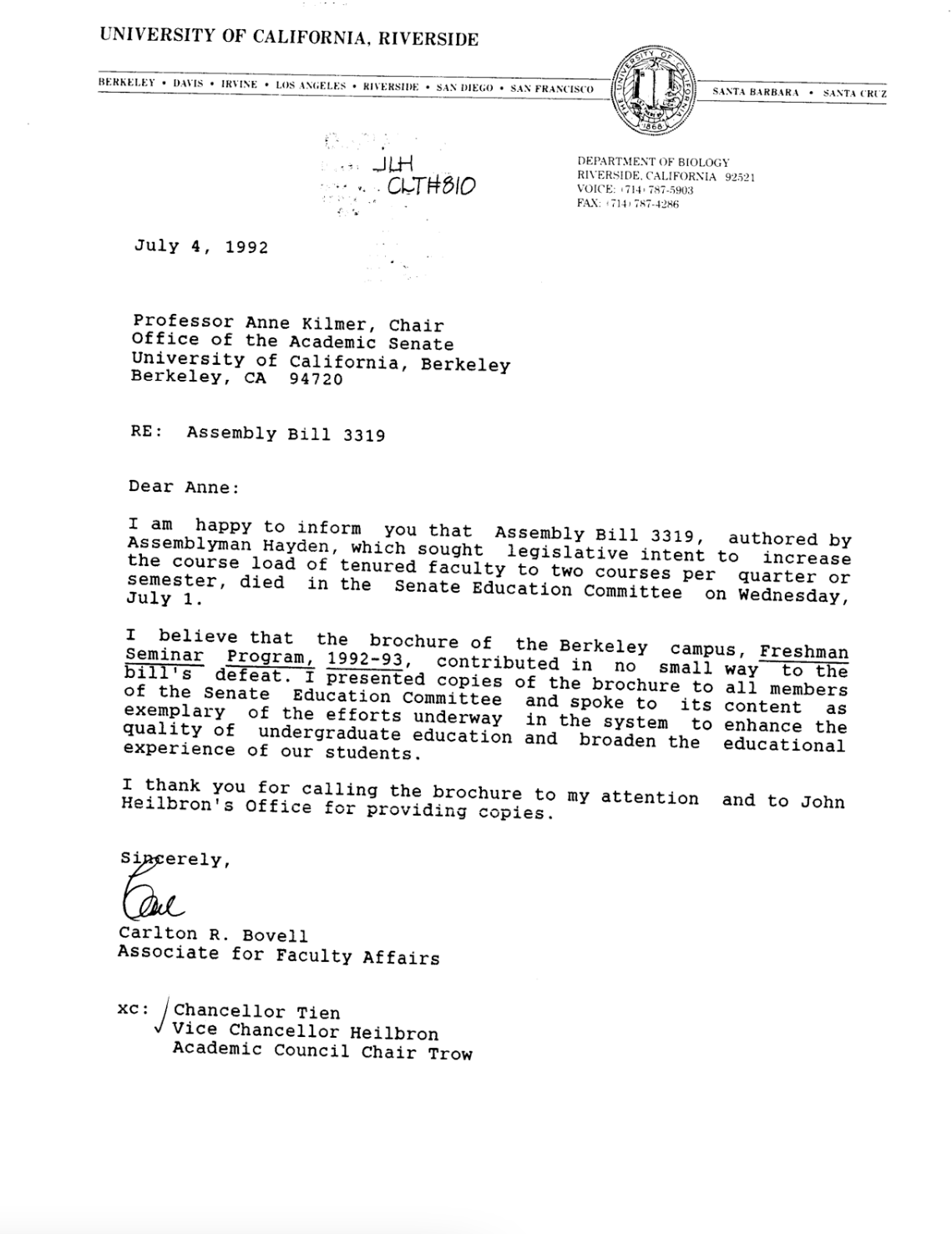